Galaxy Line is a 2D mobile cartoon video game in which you play as a cosmonaut traveling the galaxy. The object of the game is to go through the levels as quickly as possible and collect the stars on the way.

During this project, I was the only graphic designer to work on the game. So I designed the whole UX / UI design side, the logo of the game and the application, the icons, the backgrounds, the props and the characters. I made most of the assets in Illustrator and a few in Photoshop. 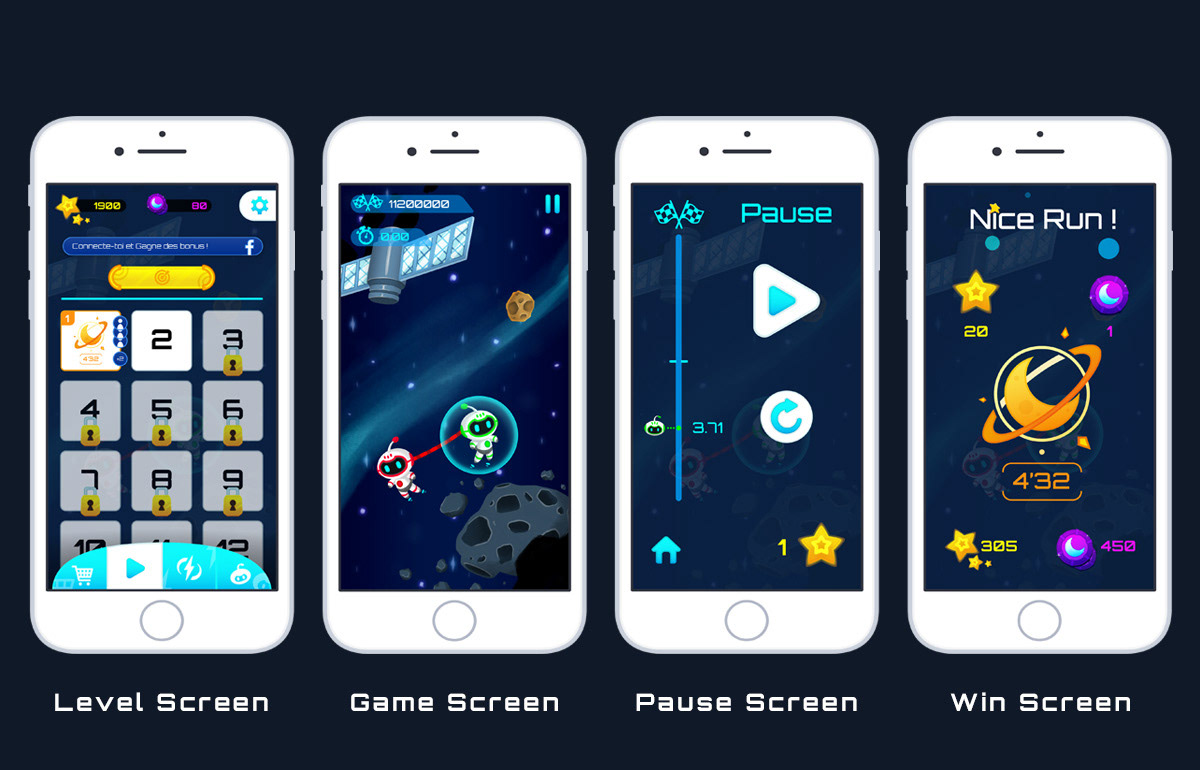 Some screens of the game interface

A total of 5 characters were created for the game. I also took care of the animation part of the characters. They were made with Spine software. 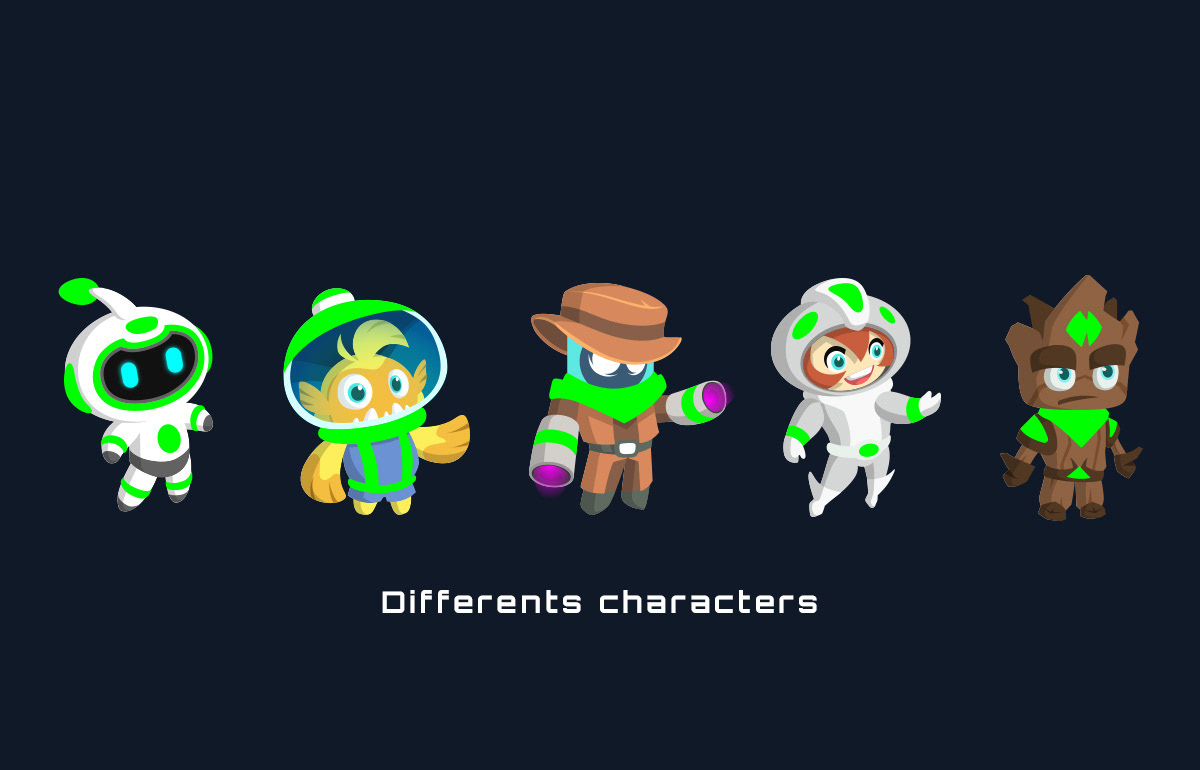